Looking for a quality and affordable institution, AKSCOE Afaha Nsit is the answer

Explore More
News Update
Facilitation to the Government of Akwa Ibom state on her 34th Anniversary30th NCE and 3rd Degree Matriculation CeremonyTRCN ExaminationSIX YEARS OF SUPERIOR LEADERSHIP BY AKSCOETO: ALL 2019/2020 AND 2020/2021 NCE STUDENTS OF THE COLLEGE

To be the leading College of Education in the country, committed to providing excellent and qualitative learning opportunities to students.

To produce God-fearing, intelligent and result-oriented Teachers who are poised to implement Educational Policies and Programmes of Government geared towards the attainment of the general goals of Education and best global practices.

Commitment to duty Honesty and integrity in service Hard work that brings the desired results Reward for hard work Respect to constituted authority and elders either in age or service Courtesy and respect to visitors Good Representation of the college, anywhere anytime Strict observance of laid down polices

Locate us with Google Map 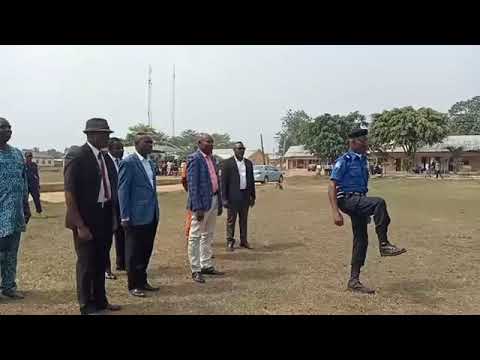 The ceremony will take place at the College Sports Ground by 11 am.

A statement issued by the College Registrar, Barrister Augustine Etim Udoibit, indicates that the Provost, Dr. Daniel G. Udo has, on behalf of the Governing Council, Academic Board, Management, Staff and Students invited the Commissioner for Education, Mrs Idongesit Etiebet as Chairman of the Matriculation Ceremony.

The statement also, advises all to abide strictly by the COVID-19 protocols

DISCLAIMER FROM THE MANAGEMENT OF AKWA IBOM STATE COLLEGE OF EDUCATION, AFAHA NSIT.

Attention of Management of the Akwa Ibom State College of Education has been drawn to the purported advertorial for massive recruitment in the college by faceless elements geared towards misleading the general public.

Management wants to state categorically that the College has not advertised or mandated any person or group of persons to advertise for mass recruitment of teaching and non-teaching staff as claimed by the advertisers.

The public is hereby advised in their own interest, not to have any anything to do with anybody pertaining to employment in the College.
Management will inform the public whenever approval is given by the Akwa Ibom state Government to recruit.

Steps are being taken by Management to trace the source of the purported advertisement with the view to bring those behind the advertisement to book.

Members of the public are hereby advised to disregard the purported advertisement.